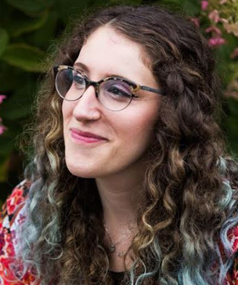 Madelyn Gardner ’13 grew up in a family with a deep appreciation for the arts. As a result, after she graduated from MCLA, it was not surprising that this English/communications major gravitated toward an arts organization to build her career. She began work as the public relations and communications manager for the Berkshire Theatre Group in Stockbridge, Mass.

Recently, Gardner left her beloved Berkshires and the wonderful non-profit theatre organization where she got her start for an exciting new position in New York City – as the public relations and external communications manager for Jazz at Lincoln Center (JALC), where its founder – trumpeter Wynton Marsalis – is the artistic director and leader of the Jazz at Lincoln Center Orchestra.

“I was lucky enough to grow up in a household that coveted the arts,” Gardner said. “I spent my childhood taking after-school music classes, performing at a youth theatre, and traveling to New York City to take in the electrifying music scene.”

The Center hosts performances by JALC Orchestra and visiting musicians. It also presents educational programs in its home buildings, online, and in schools throughout the country. In her role, Gardner supports its mission to entertain, enrich, and expand a global community for jazz through performance, education, and advocacy.

Gardner added, “If only I could tell 13-year-old Madelyn that I now work in New York City for an organization whose core mission lines up with my own. She would say, ‘Wow, cool!’”