Alex Sasso '18: Planning a Career as a Performer and Educator 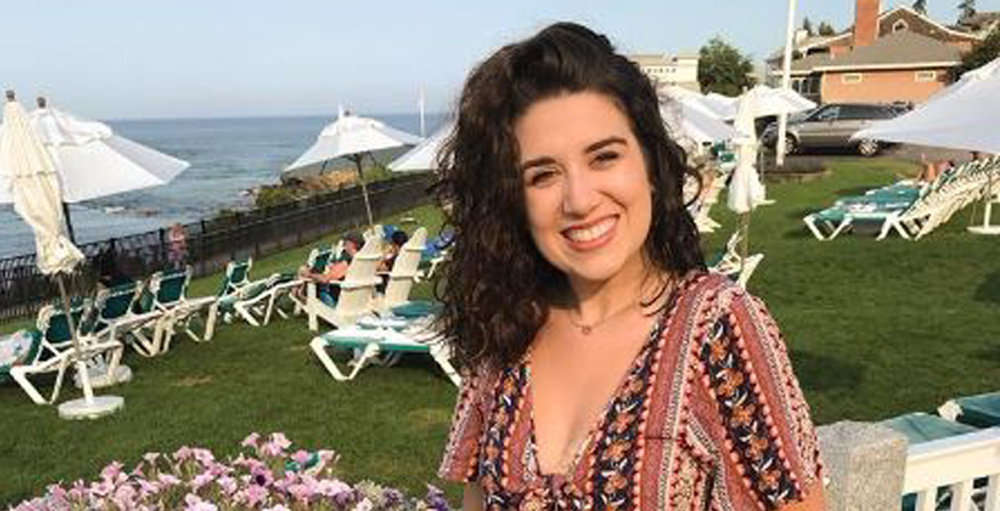 As part of the College’s vibrant theatre program, Alex Sasso ’18 enjoyed rich experiences: she participated in a week-long residency program in London and an acting apprenticeship at the renowned Williamstown Theatre Festival. But it was her BRAINWORKS internship that helped her realize she could be both a performer and an educator.

As part of the College’s vibrant theatre program, Alex Sasso ’18 enjoyed rich experiences, including her participation in a week-long residency program in London and an acting apprenticeship at the renowned Williamstown Theatre Festival (WTF).

After auditioning, six MCLA students spent a week working in London with Frantic Assembly, creating a devised show that used physical movement and original dialogue. “This was my first time abroad and it was so incredible,” Sasso said. “I learned a lot about working as an actor full time, and realized how much I love creating new theatre!”

At WTF in Williamstown, Sasso attended workshops and took classes including those in Shakespeare, dance, Chekov, and musical theatre auditions. In addition, “we worked lighting, scenic, and front-of-house shifts,” she said.

At work on crews for two of WTF’s professional shows, Sasso worked closely with the actors and stage management on a daily basis. “I learned so much about how to live and work as a professional theatre-maker, both performing and backstage, which built upon many of the things I learned at MCLA,” she said.

Until she served a BRAINWORKS internship with arts management professor Dr. Lisa Donovan, Sasso – who earned a performing arts degree with a concentration in theatre – never considered the possibility that she could be both a performer and an educator. Now she aims to work in theatre or music therapy, or with a theatre company that does sensory adaptive and interactive works.

“BRAINWORKS is all about arts integration and how valuable it is for children in the public school system,” Sasso explained. “There are lots of arts programs for individuals with learning differences, but they are separate from the schools and don’t include standard subject matter like math or language arts. I looked at ways to adapt techniques for arts integration for neurotypical children, so that they could be inclusive for all students.”