From Acting to Business and Back Again with Jammal Clark 09 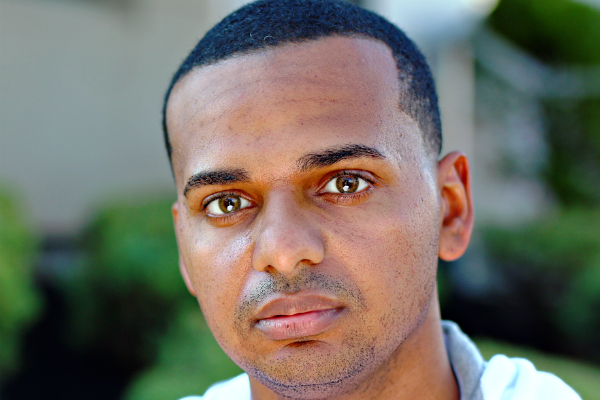 In April, Jammal Clark '09 starred in a background role on “Castle Rock” and acted in an upcoming film for Netflix called “Wonderland,” starring Mark Wahlberg. He can be seen next in the miniseries “Defending Jacob,” starring Chris Evans, which will debut on Apple TV in April 2020.

Jammal Clark ’09 began his MCLA studies as a fine and performing arts major, with the hopes of one day pursuing an acting career. He’d fallen in love with acting in fifth grade, when he and his cousin appeared on an episode of “Family Double Dare” at Universal Studios in Orlando, Fla.

But as the effects of the economic downturn became more apparent, Clark made the decision to finish his time at MCLA as a business administration major. Clark said he did well in the business program and was inducted into three honor societies. He excelled at networking, cultivating one-on-one relationships, and finding mentors. “At MCLA, you come into contact with people from all walks of life,” he said. “That helped me prepare for life after college.”

After graduation, Clark worked in customer service and tech roles at The Federal Reserve, the Transportation Security Administration (TSA), and in city government in Salem, Mass. He joined the Air Force and flew drones out of New Mexico, Las Vegas, and Texas. After two and a half years, Clark was injured and was medically discharged from the service. That’s when he decided it was time to live out his dream of pursuing acting full time.

Clark now splits his time between Atlanta, Ga., and his hometown of Plymouth, Mass. He eased back into acting by taking classes with HollywoodEast Talent, a casting company in Woburn, Mass., and starred in student films to get into the habit of speaking on camera. A few of those films made it into the New York Film Festival. He had taken public speaking classes and presented in front of board members at MCLA, which he said made things easier for him.

Although his focus is on acting, Clark has also worked behind the scenes. He said it’s important to have more than one skill in the entertainment industry, because it is such a competitive environment.

In April, Clark starred in a background role on “Castle Rock” and acted in an upcoming film for Netflix called “Wonderland,” starring Mark Wahlberg. Clark can be seen next in the miniseries “Defending Jacob,” starring Chris Evans, which will debut on Apple TV in April 2020.

He has also been working on a passion project, “Vigilantes,” a pilot that will be released in 2020. In it, Clark plays a detective, a role that he said shows a different side of him.

Clark has only been working as an actor for about a year, and is focused on transitioning from background parts to speaking roles. “To do all this in such a short period of time is a blessing,” he said. “I got to meet Tyler Perry and be in one of his shows. I’m working with people I’ve watched on screen for years. I just love being on set.”

He said that a big part of his new career is learning to come out of his shell, to not be afraid, and to keep learning more about himself. “It’s a journey,” he said, “and you’re investing in yourself constantly. It’s important to find your voice and make sure you go for it. Never be afraid of your dream.”