Maybe They Need a Chance to Run Around: MCLA Profs Recess-Focused Research 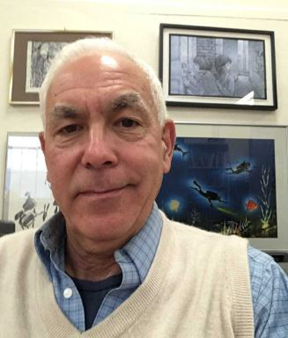 With the debate over standardized testing over the past two decades, as well as the enactment of No Child Left Behind in 2002, some schools have felt the pressure to have their students spend more time in the classroom. According to the 2016 Shape of the Nation report by the Society of Health and Physical Educators (SHAPE America), only eight out of 50 states require elementary schools to provide recess for their students.

The issue of children missing out on time at recess hits home for Dr. Dale Fink, associate professor of education. He recalls occasions in 2006 that his son, who then was in first grade, came home from school upset that he had missed out on his recess period for one reason or another. During a spring semester sabbatical in 2014, Fink decided to research what had changed, or remained the same, with regard to recess.

This spring, the Journal of School Health will publish the very first article that informs the field about what children think about teachers who take away recess. This article, “Even if They’re Being Bad, Maybe They Need a Chance to Run Around: What Children Think about Recess,” is based on research conducted by Fink and his co-author, Dr. Catherine Ramstetter, a certified health education specialist based in Ohio, and the lead author of the statement on the importance of recess adopted a few years ago by the American Academy of Pediatrics.

“One of the schools in which I conducted my research had only one 15-minute recess per day,” Fink said. “But students did not actually get 15 minutes because some of that time was used as teachers lined them up in the hallway, and waited for complete silence.”

According to other data, elementary teachers keep boys out of recess more often than girls, Fink said. “This does not surprise most people as it is a widely held perception, but my research will be the first to show these statistics in a scholarly publication.”

While most research on recess is at the level of state or school district policy, the article – based on interviews with third and fifth graders – places the voices, opinions and experiences of children at the forefront. Fink conducted a series of research activities in three different school districts in the Berkshires region.

Findings from the anonymous teacher surveys Fink administered revealed that 95 percent of general educators, and about 75 percent of special educators who had their own classrooms, did withhold recess from individual students as a disciplinary consequence, at least occasionally. “This was in spite of the fact that 100 percent of them reported that they thought students received important benefits – physical, social, or both – from participating in recess.”

For their first article, Ramstetter and Fink both felt strongly that they wanted to begin with a look at recess from the children's perspectives.

Fink enjoyed spending time with children at three different schools. There, he helped out as a teaching assistant in the classroom, ate lunch with students in the cafeteria, and attended recess with them. This helped him identify students to talk to, which he did with the consent of their parents or guardians. “I still cherish my memories of the interviews,” he said.