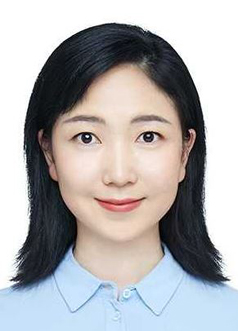 According to Dr. Qian Wang, MCLA's newest assistant professor of journalism, journalists can best serve the public by helping people – especially those in need – to amplify their voices. “This is what journalists are supposed to do,” she said.

Initially interested in radio journalism as an undergraduate student in Beijing, China, “I’ve realized over the years that what I really like about journalism is its nature of telling the truth and empowering people. This is especially precious in our day and age when the industry struggles to survive the fast-evolving digital world,” said Wang, who went on to earn her master’s degree in mass communication from the University of Florida in Gainesville, Fla., and a Ph.D. in journalism from The University of Texas at Austin.

Social networking sites and various mobile apps, are changing the face of journalism, and affecting the industry in unprecedented ways, Wang said. “They change every aspect of the industry – be it news collection, news production, news dissemination, news consumption, media management, or advertising. It’s very important to be aware that news consumption habits of millennials are completely different from those of previous generations. Many young people seem to prefer news via Facebook and Twitter, rather than mainstream media channels.”

Both professors and students need to keep abreast of the times, she continued, since each emerging news technology has the potential to change journalism industry. As a journalist, “the best thing to do is to jump out of one’s comfort zone, learn the most advanced skills, and be prepared,” Wang said.

She hopes that her international background will inspire her students to gain a global perspective in journalism, and in life. “Meanwhile,” Wang added, “I always consider myself as a co-learner rather than a professor. Teaching is an interactive process where I also learn from my students.”